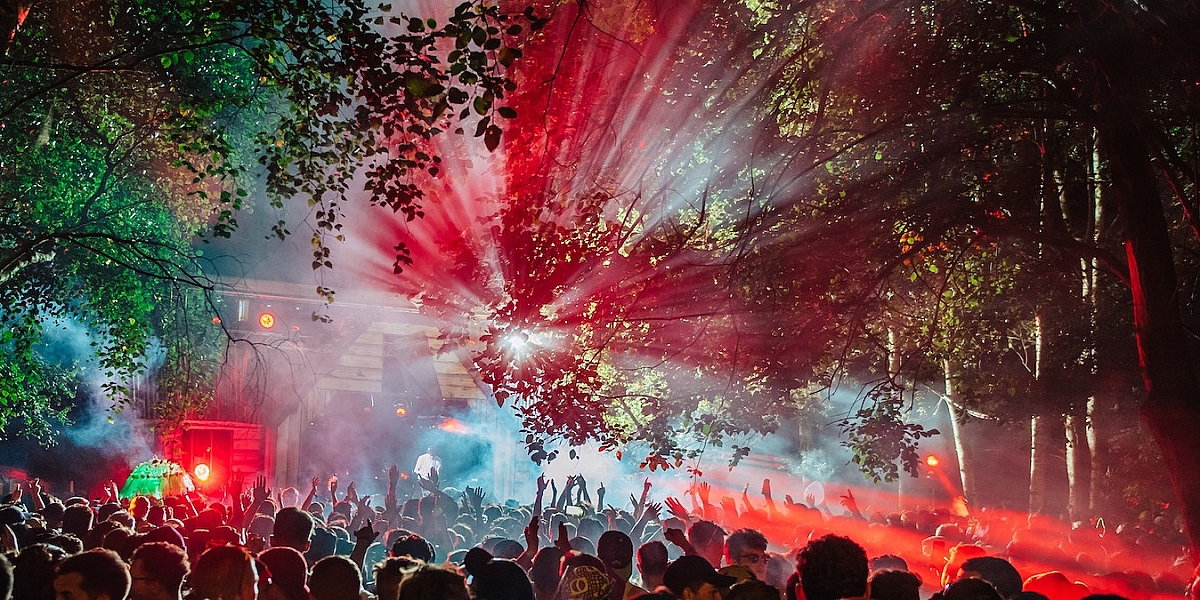 What was the inspiration behind the Lost Village festival?

With Lost Village we wanted to do things that hadn’t been done before. We were lucky enough to have travelled the world and experienced lots of festivals & events. Whereas lots of events were playing along the lines of a mad hatter’s tea party, slightly twee feel, we wanted to do something bit more eerie, unsettling at points but very mysterious and magical at the same time. People were making connections with the Blair Witch project with some of our initial films, which was actually very gratifying. Ultimately if every festival was going right, we wanted to go left.

We were inspired by immersive theatre happening around the world, things like You Me Bum Bum Train and perhaps slightly less-so things like Secret Cinema.  We wanted to create something that totally detached you from reality and left you feeling like anything could happen at any moment! The word ‘immersive’ gets used a lot these days, and often not in the right way at all so it was important for us to try and stay as true to it as possible. 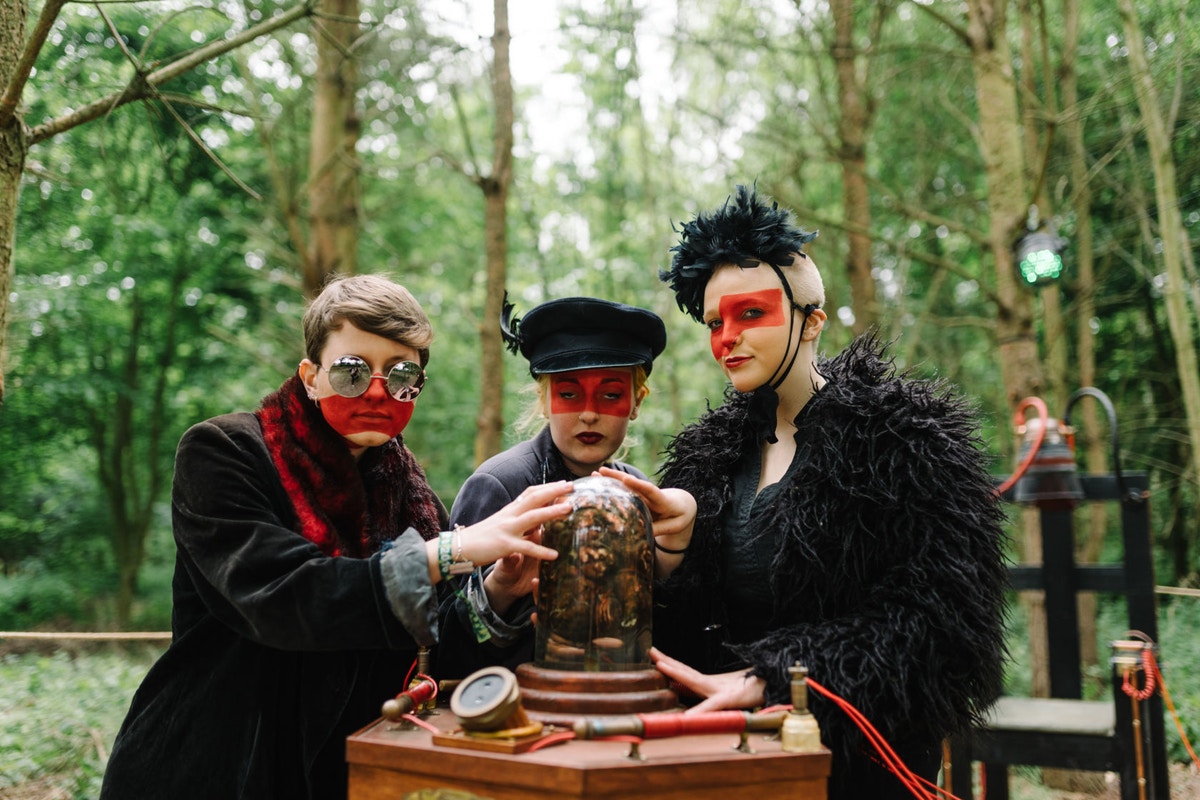 “The word ‘immersive’ gets used a lot these days, and often not in the right way at all - so it was important for us to try and stay as true to it as possible”

Escapism and storytelling plays a key role in the Lost Village aesthetic. How does this change the way you approach the creation of the festival experience?

Something that a lot of people talk about is the attention to detail. If you’re going to create a truly ‘immersive’ experience then it has to be exactly that. The woods are transformed into a surreal world; set design, special effects, creative décor & lighting design all play a huge part. Music is still incredibly important to the experience but we approach the festival narrative in much the same way as a theatre production would. We have a theatrical director, a script and a thread to the entire narrative. We punctuate the festival daily with mini-productions too and our incredible “Ritual of the Water” moment which takes place on Saturday night; all the characters come together and we produce something really quite special.

How important is it in the current, somewhat crowded, festival landscape that an event carves a distinct niche?

Really important. Like you say, it’s an insanely saturated marketplace and it’s absolutely paramount for us to deliver an original experience, something unique. That said, there will always be a place for large capacity festivals because of that ‘shared experience’ factor and there’s absolutely nothing wrong with them. That said, we have no ambitions for that, we’re staying boutique because that’s the only way we can ensure we stay different. 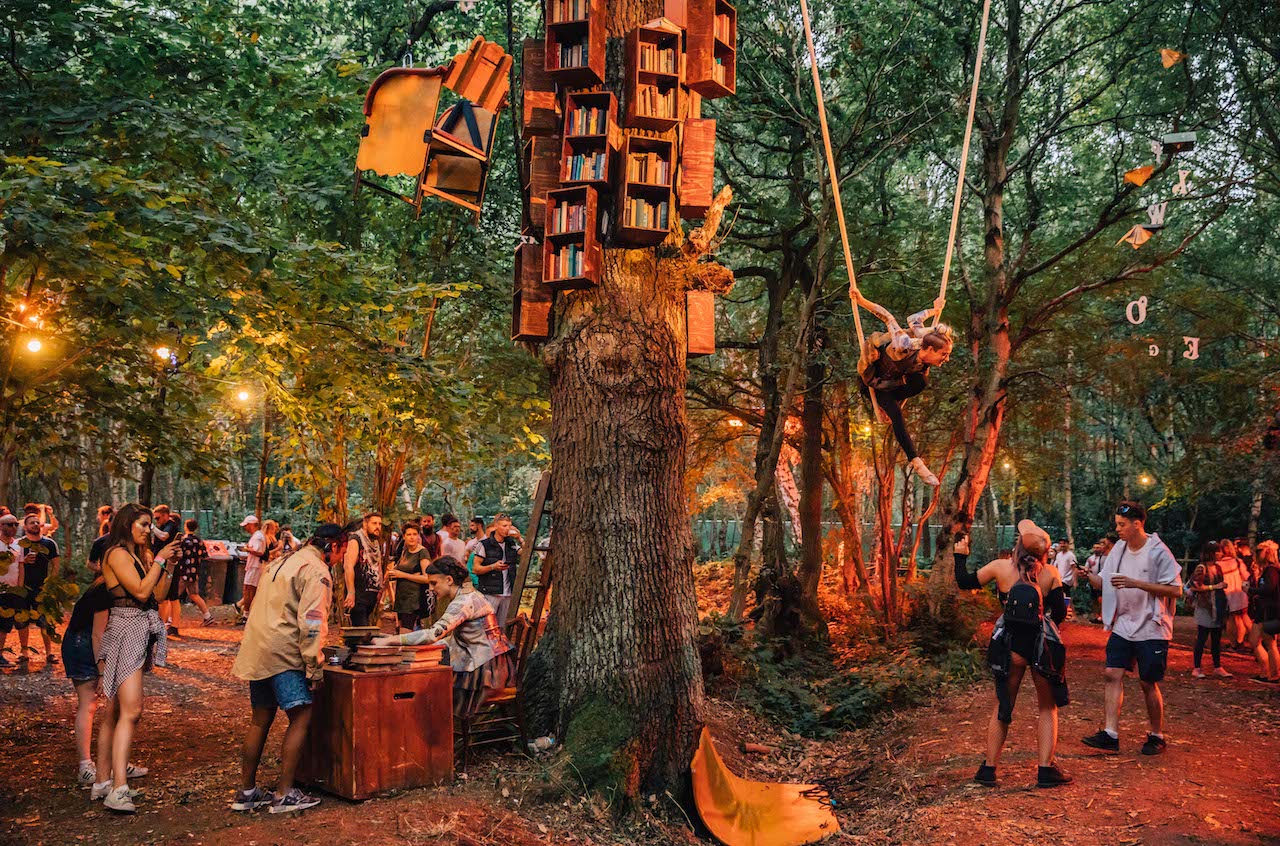 How has the festival evolved since its debut in 2015? What key lessons have you learned since then?

As with any new creative project you’re next quite sure what the response will be. In 2015 we tested lots of things out and tried to put together a team that could come with us on the journey. We’ve worked with nearly exactly the same team since inception, which has meant we’ve all grown and learnt together, it’s been imperative to the success of the festival. As time has progressed we’ve been able to push the envelope even further and that’s what we’ll be doing in 2018.

Lost Village has collaborated with a number of brands, from Russian Standard vodka and Tequila brand Patrón to Virgin Trains. How do you balance remaining true to the ethos of the festival with these partnerships? How do you weave them into the story?

We always work in partnership with brands that are synonymous with our outlook. One of the incredible results of LV having a highly visual marketing campaign is that our audience is very engaged.  It means when we do work with brands it’s a pre-requisite that it would be something our audience would be into. We create unique assets, wholly bespoke for Lost Village to ensure that the integration is seamless and organic, consequently it means each brand gets a far more genuine connection with our audience, which is important for us and really important for the brand. Our partnerships teams have often commented how engaged we are in the process of brand collaboration and that’s because we really care. In the past I’ve seen others look at brand partnerships as an after-thought but when they provide genuine value to the festival it’s something that can really be nurtured. A huge success story of last year was working with the Islay Gin ‘The Botanist’ – using our own set-build team we created the Botanical Greenhouse – a totally immersive space with overgrown plants, rustic hangings, foliage and flowers. It received an incredible reception from our audience both on site and online. When you get it right it can be really quite special.

What in your mind is the key to balancing growth against the concept of keeping the festival’s boutique vibe?

We simply couldn’t achieve what we do as a ‘major’ festival. Our aim is to create incredible moments and you just can’t do that with a huge capacity. It is a really careful balancing-act because much of what we do is incredibly expensive but we want to create something bespoke for an audience that wants something a little bit different. Lost Village isn’t for the masses and from speaking to lots of our audience, that’s one of its greatest accolades.

“In the past I’ve seen others look at brand partnerships as an after-thought, but when they provide genuine value to the festival it’s something that can really be nurtured”

Over the three years, what has been your stand out Lost Village moment?

There have been so many but last year’s ‘Ritual of the Water’, at the Lake of Tranquility on the Saturday night, was incredibly special. The characters were spread all over the edges of the lake, some of them in boats and on rafts and it was timed near perfectly with sunset. In festival world you often use everything in your arsenal to make sure things go to plan, but sometimes it just all falls into place!