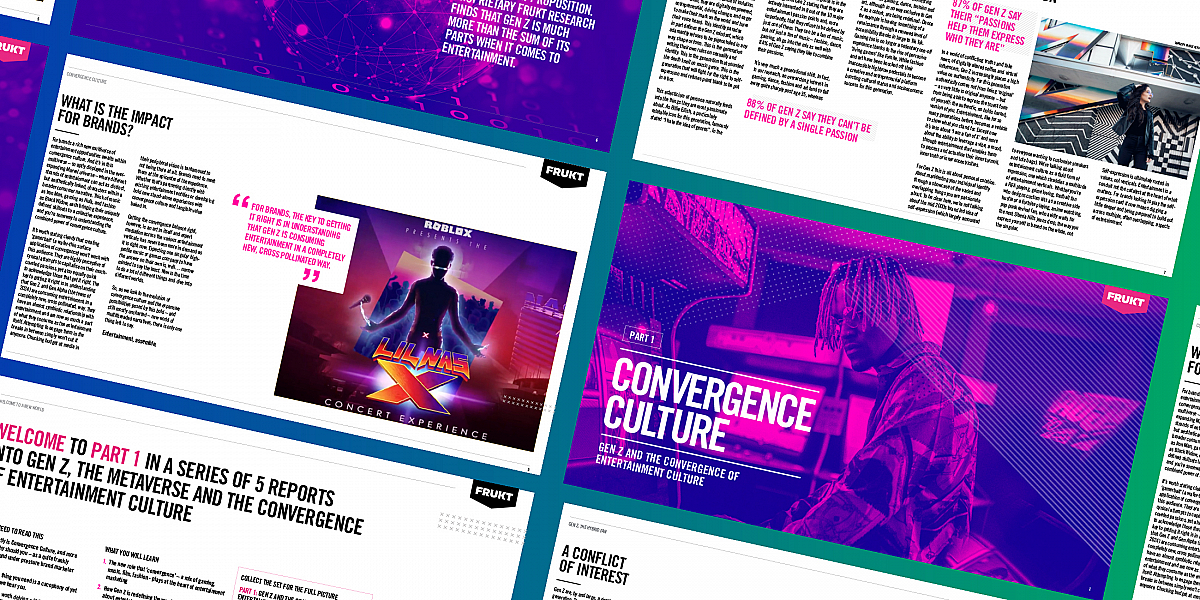 Welcome to Part 1 in a series of 5 reports unpacking
Gen Z, the Metaverse and the Convergence of Entertainment Culture

Entertainment culture is now a rich and diverse melting pot of ‘convergence’, where previously segregated concepts - music, gaming, film, fashion – now live not as separate entities, but as a coalescence of intertwining ideas and concepts. Whether it’s Arianna Grande appearing in Fortnite or Lil Nas X making waves in Roblox, the predisposed boundaries are increasingly… well, fuzzy to say the very least.

We at FRUKT believe that understanding how Convergence Culture is redefining the entertainment narrative is the key to enabling brand marketeers to connect more effectively with a whole new generation of fans.

The new role that ‘convergence’ – a mix of gaming, music, film, fashion - plays at the heart of entertainment marketing.

How Gen Z is redefining the way brands need to think about entertainment verticals.

Key stats unpacking the new ‘hybrid fan’ and how they feel about their entertainment passions. 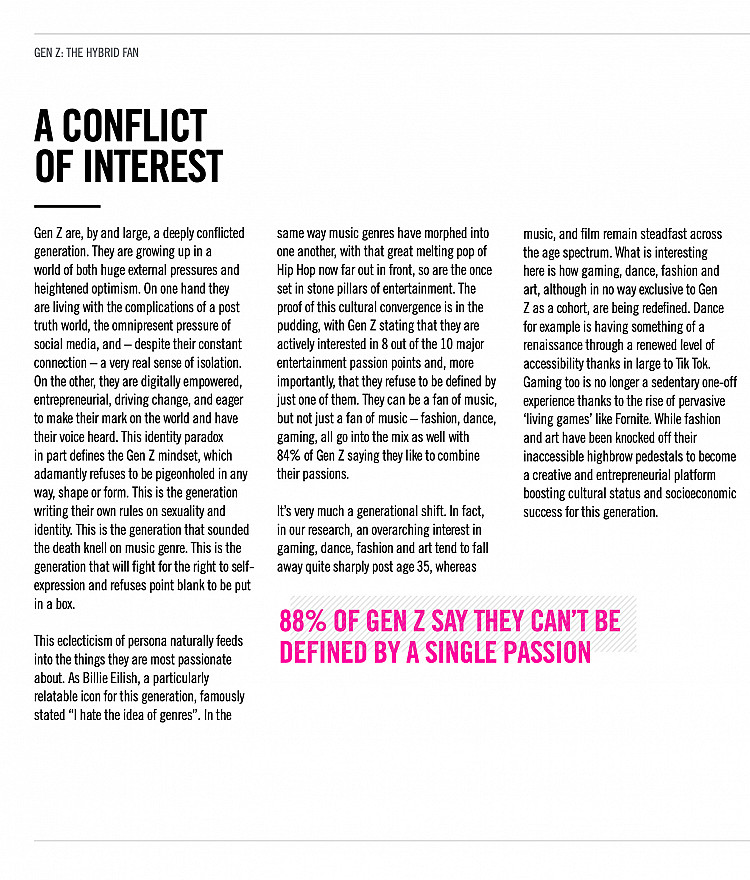 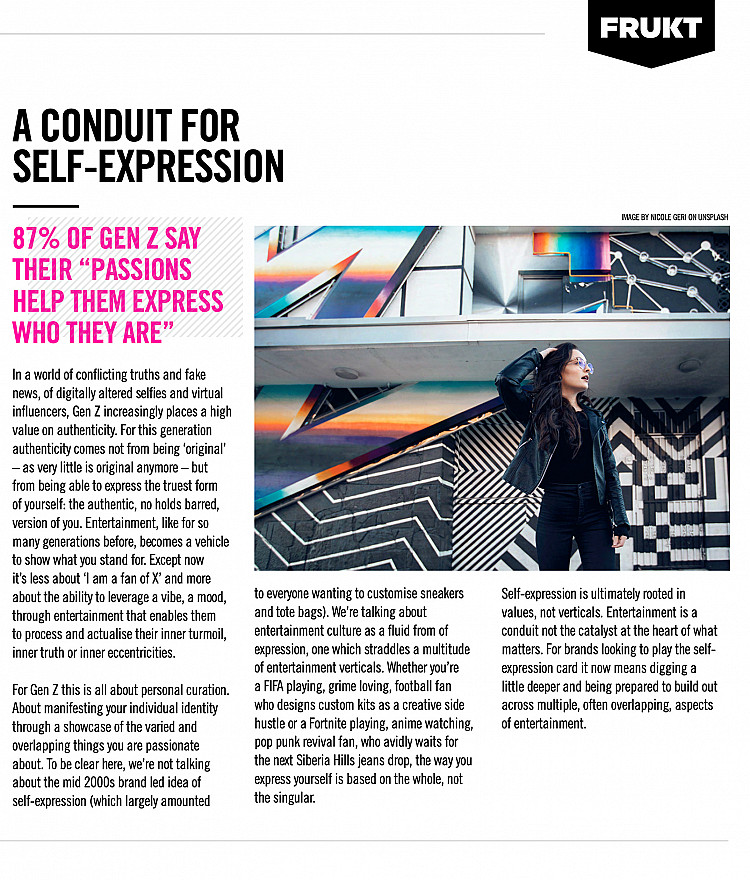