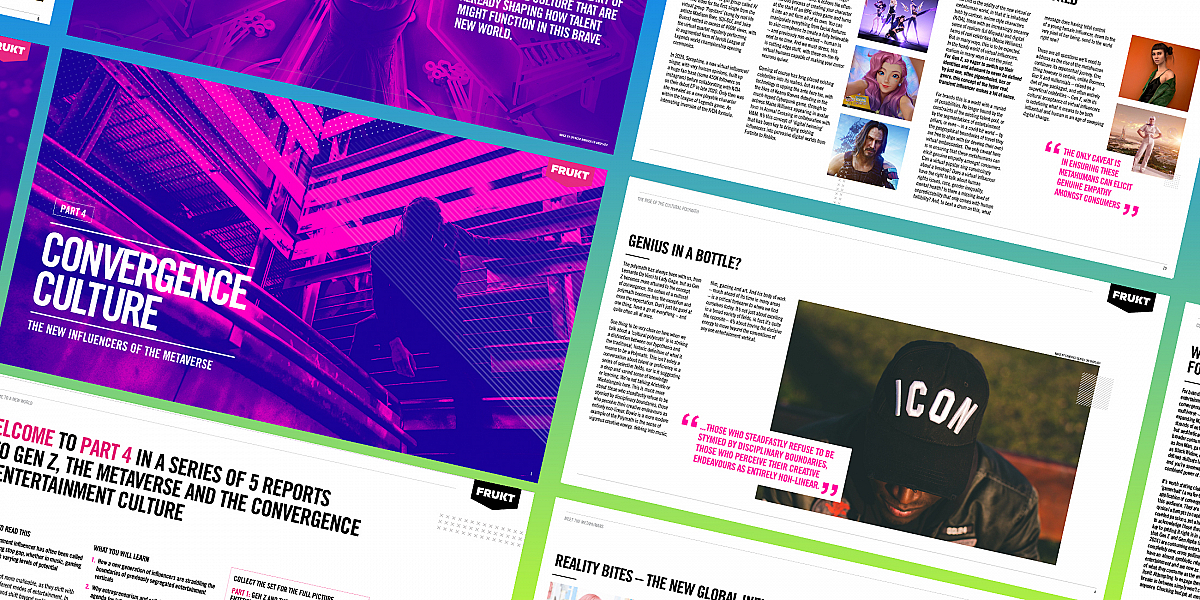 PART 4: THE NEW INFLUENCERS OF THE METAVERSE

Welcome to Part 4 in a series of 5 reports unpacking Gen Z, the Metaverse and the Convergence of Entertainment Culture

The humble entertainment influencer has often been called upon to fill a marketing stop gap, whether in music, gaming or fashion. And all with varying levels of potential human fallibility.

Today, influencers are a lot more malleable, as they shift with ease between a raft of different modes of entertainment. In fact, some go even further and shift beyond reality altogether.

In a world where Gen Z increasingly leads a dual digital life, it pays to know who is in the ascendency when it comes to consumer influence.

How a new generation of influencers are straddling the boundaries of previously segregated entertainment verticals.

How entrepreneurism and collaboration is setting the agenda for influencer culture.

Why your next influencer choice might be one you create entirely from scratch. 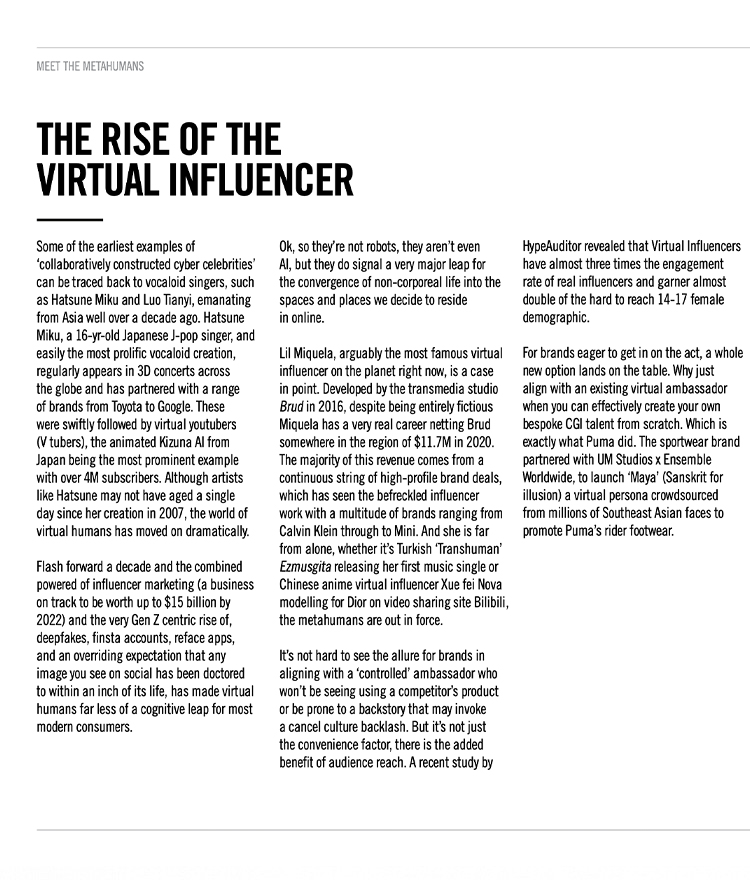 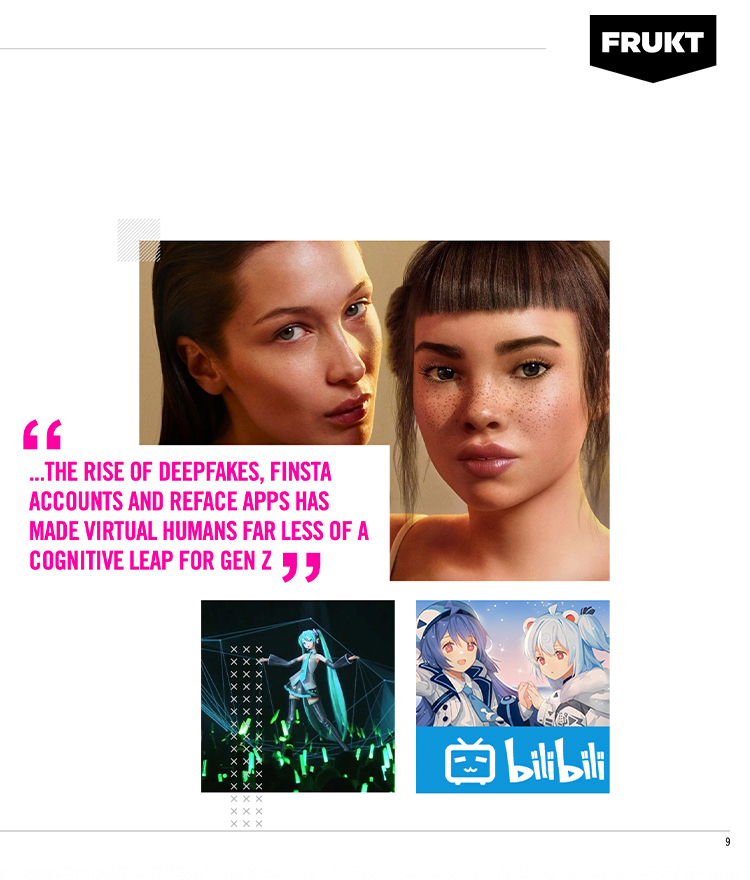