Hot on the heels of Mastercard’s first-of-its-kind, groundbreaking global agreement and multi-year partnership with Riot games for League of Legends Esports, FRUKT was tasked with conceptualising and producing an experiential activation to establish the brand as trusted and authentic sponsor at the 2018 World Championship held in South Korea.

The goal was to curate a platform to provide unforgettable Priceless Experiences for fans of League of Legends Esports, the largest Esport in the world.

Mastercard’s platform is built around connecting with people through their passions. The aim was to bring this positioning to the world’s largest Esport, engaging fans with Priceless Experiences and benefits.

The world of League of Legends Esports has a unique relationship with its fans, who have helped build the Esports scene from the ground up. Every League of Legends fan has played a pivotal role in their passion’s meteoric rise, and is directly invested in its culmination at the World Championships.

Mastercard recognises that League of Legends Esports fans are inherently active contributors to their community, and champions this positive connectivity though shared Priceless Experiences around the League of Legends World Championships.

How We Pressed Play

The Mastercard Nexus was based in The Kunsthalle, a modern industrialist venue made up of 28 recycled shipping containers, seen as an epicentre of cultural and artistic innovation in Gangnam Gu, downtown Seoul.

The three-day experiential pop-up featured a number of ways that fans and members of the public could get closer to the Esport they love, including:

“Through the immersive Mastercard Nexus…and a variety of Priceless Experiences, Mastercard is delivering the kinds of fan-first touchpoints that enhance the overall Worlds experience,” - Naz Aletaha, Head of Global Esports Partnerships at Riot Games 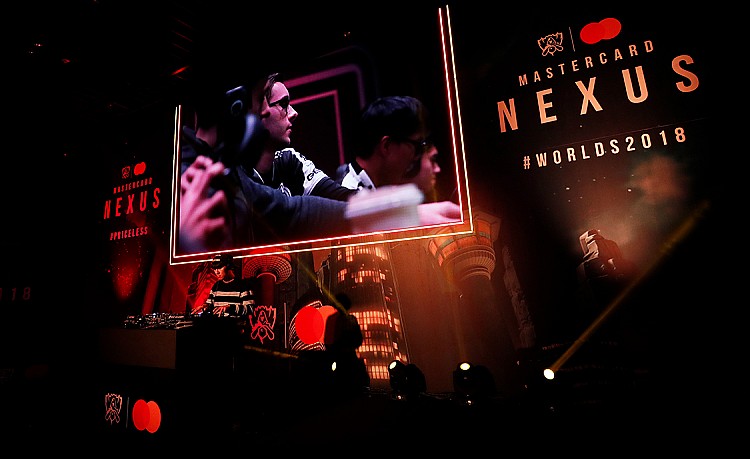 “The Mastercard Nexus is a result of passionate, creative collaboration designed to bring the League to life for fans in new and exciting ways,”- Raja Rajamannar, Chief Marketing and Communications Officer, Mastercard